Following a review of the current guidance and advice from UK and Scottish Government, the Board of Scottish Pentathlon has determined that the cancellation of all events and acivities in each of our Hubs should be extended until 30 June 2020. At this time the Board will again review the situation and advise members and stakeholders accordingly.

Pentathlon GB has taken a similar position to extend the current period of cancellations / postponements of events until 30 June 2020. A full list of affected national events (taking place pre-30 June) will be listed on the PGB designated Coronavirus webpage.

Unfortunately the cancellation of events up to 30 June 2020 includes the British Laser Run Championships, due to have been held in Edinburgh on 21 June 2020. Scottish Pentathlon will discuss with Pentathlon GB options for the future staging of the event in Scotland once the international calendar is known later in the year.

Planning for the next 4 year period is now getting underway by the Scottish Pentathlon Board. As a first step, the Board is inviting feedback from anyone in the Pentathlon community in Scotland.

We have a short survey to capture your experience and ideas for the future.

The Board of Scottish Pentathlon Scottish has discussed the current situation with regard to Covid-19 and are agreed that SP leads with implementing the following with immediate effect:
– The Laser Run event planned for Stirling on 5 April as a warm up for the British LR Championships is cancelled. Full refunds will be issued to those who have already entered. We continue to liaise with PGB with regard to the staging of the Championships in Edinburgh in June and remain hopeful that this will proceed.
– A proposed get together being planned for the SP Athlete Development Group in April has been cancelled.
– Training and coaching at all of the Hubs is cancelled with immediate effect until 1 May when the position will be reviewed on a monthly basis.
While some will be disappointed, we believe these are the right steps at this time and remove the uncertainty of whether to attend events, training and coaching sessions from athletes and parents.
Scottish Pentathlon will continue to monitor the situation and follow guidance and advice issued by HM and Scottish Governments and issue further information as the situation progresses.
Take care! 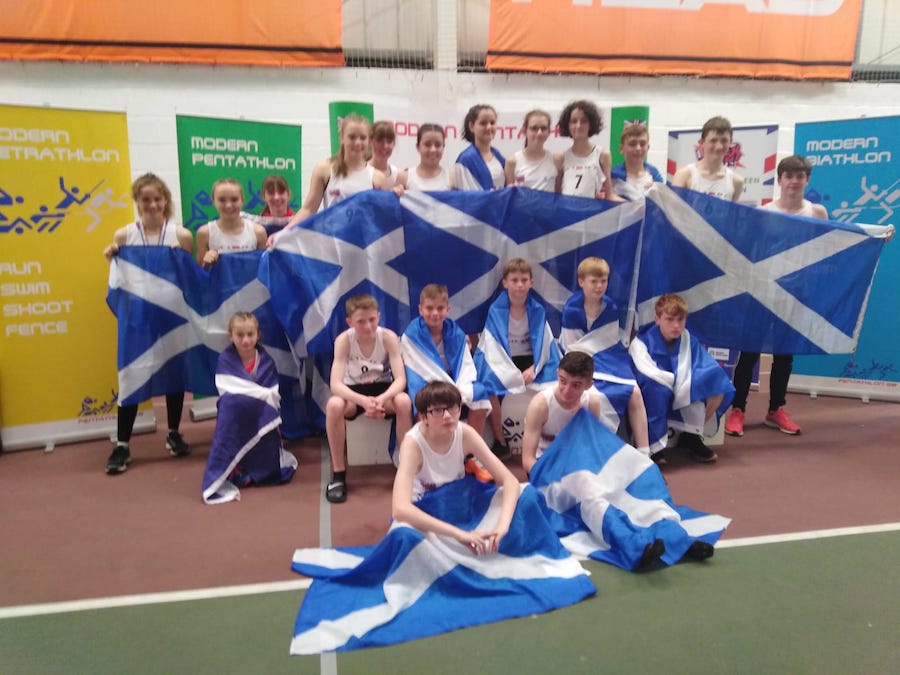 Following publication this week of the PGB selection policy for the 2020 school games  the Board of Scottish Pentathlon has determined that in line with the school games selection policy, Scotland will be selecting their teams based on ability, where athletes from all areas in Scotland will be eligible for either team based on the individual’s performance at the British Laser Run championship on 21st June in Edinburgh.

As such in each age group and gender, the top 5 Scottish athlete will be selected for the first team and the next 5 will be on the second team.

Bye applications will be considered in line with the selection policy.

The opportunity to send two teams will greatly help engage with our young athletes across a range of abilities and we hope encourage athletes to enter the Laser Run Championships and qualifying event on 21 June 2020 at The Oriam and aspire to represent Scotland at the School Games.

The competition calendar for 2020 is now available to download here, and events are also available in the events calendar page.

The event is hosted by Pentathlon GB in partnership with Scottish Pentathlon, and now confirmed as a double-qualifier, the British Championships are set to welcome a top field of athletes across all age categories to Scotland’s national performance centre for sport, based on the Heriot Watt University campus.

Scottish Pentathlon’s Executive Director, Neil Park commented “Scottish Pentathlon is delighted to be hosting the British Laser Run Championships in partnership with Pentathlon GB, the first time a national event has been held in Scotland. This is significant recognition of all the development work that has been delivered in Scotland and we look forward to welcoming athletes from across Great Britain to the Oriam.”

Pentathlon GB’s CEO, Sara Heath shares Scottish Pentathlon’s enthusiasm for the event and said “We’re really pleased to be taking this event to Scotland and to be working closely with our colleagues at Scottish Pentathlon. The British Laser Run has become an important event in the calendar as we continue to develop the disciplines within Pentathlon, and with it now being confirmed as a double-qualifier, we hope it will be a fantastic showcase of the talent we have in Britain.”

In order for this event to act as the sole qualifier for both events, it has been confirmed that both events will follow the British Laser Run rules (found here) and as a result the age groups considered for the Youth Sport Trust’s School Games have been confirmed as U15 and U17.

Entries for the British Laser Run will open later in the year – please note that this is an open entry event. The selection policy for the European Laser Run Championships can be found on Pentathlon GB policies page (click here)